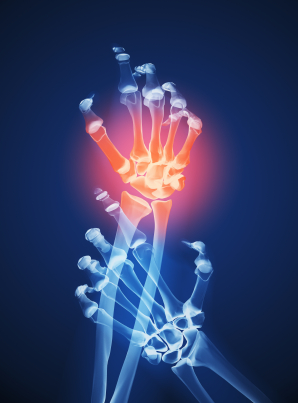 Carpal tunnel syndrome (CTS) affects approximately 10 percent of the United States population according to the American Academy of Osteopathic Surgeons. Second only to lower back pain as the most disabling and costly health problem in the country, up to one million surgeries for CTS are performed every year. Carpal tunnel syndrome is a common work-related, repetitive-motion injury that occurs more often in women than in men who work on factory assembly lines, with computers or in other jobs that require repetitive movements.

However, this problem of repetition have many people under the impression that carpal tunnel syndrome is a problem of the wrist which in many cases it is a problem of the neck. Many people affected with CTS have jobs that force them to crane their neck and head forward which puts a strain on the muscles of the neck that compresses the medial and radial nerves that leads down the arms to the wrist. Most people that complain of carpal tunnel, wrist, or hand problem have or had an accompanying neck complaint. Therefore a through assessment of the bodies posture must be performed.

The Methuselah Center is proud to provide clinical massage therapy and an assortment of alternative treatments for stress-related disorders.

Our all-natural pain management methods are backed by 25 years of experience from our passionate professionals.